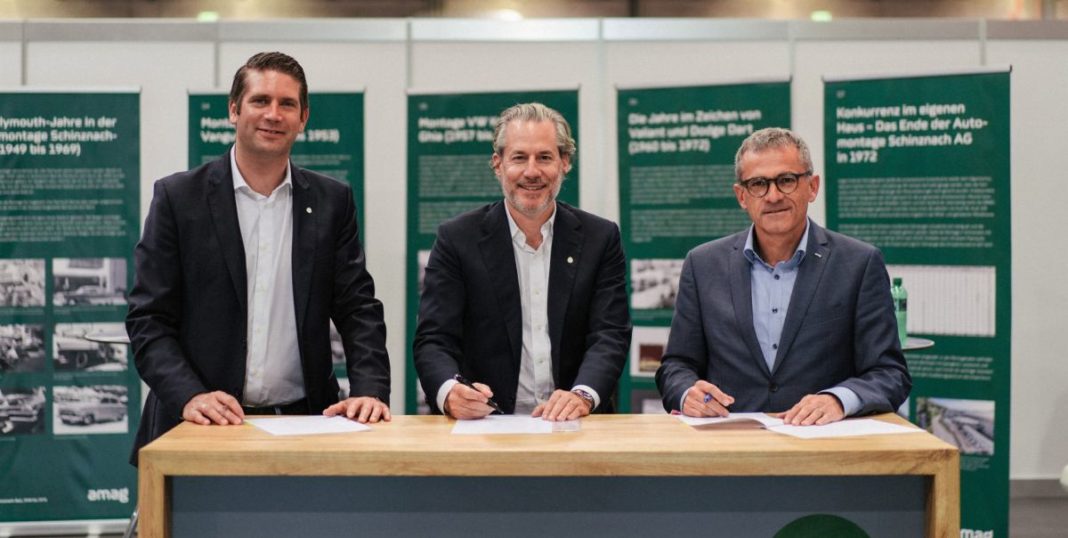 The AMAG Group intends to become a climate-neutral company by 2025. It has established its own climate and innovation fund with a size of about CHF10 million to support initiatives and start-ups that contribute to decarbonisation. Today, AMAG Group Ltd is entering into its first investment by taking a stake in the Swiss ETH spin-off Synhelion.

It is universally accepted that the future of the car is electric. Plug-in vehicles are expected to reach a market share of 50% by 2025 and over 70% by 2030. However, that still leaves other forms of transport and a sizeable proportion of cars whose CO 2 emissions could also be reduced. One solution for such vehicles could be the adoption of synthetic fuels produced from CO 2 using renewable energy.

The Swiss start-up Synhelion – an ETH Zurich spin-off – is developing a very interesting solution: its process uses not solar electricity, but solar heat. Solar fuels are produced from the heat of the sun, which drives a thermochemical reaction. In the reactor, carbon dioxide and water are converted into syngas, which is then processed into fuels such as solar petrol or solar diesel. The solar heat captured during the day can be stored in cost-effective thermal energy storage systems, enabling fuels to be produced around the clock. This storage option […]