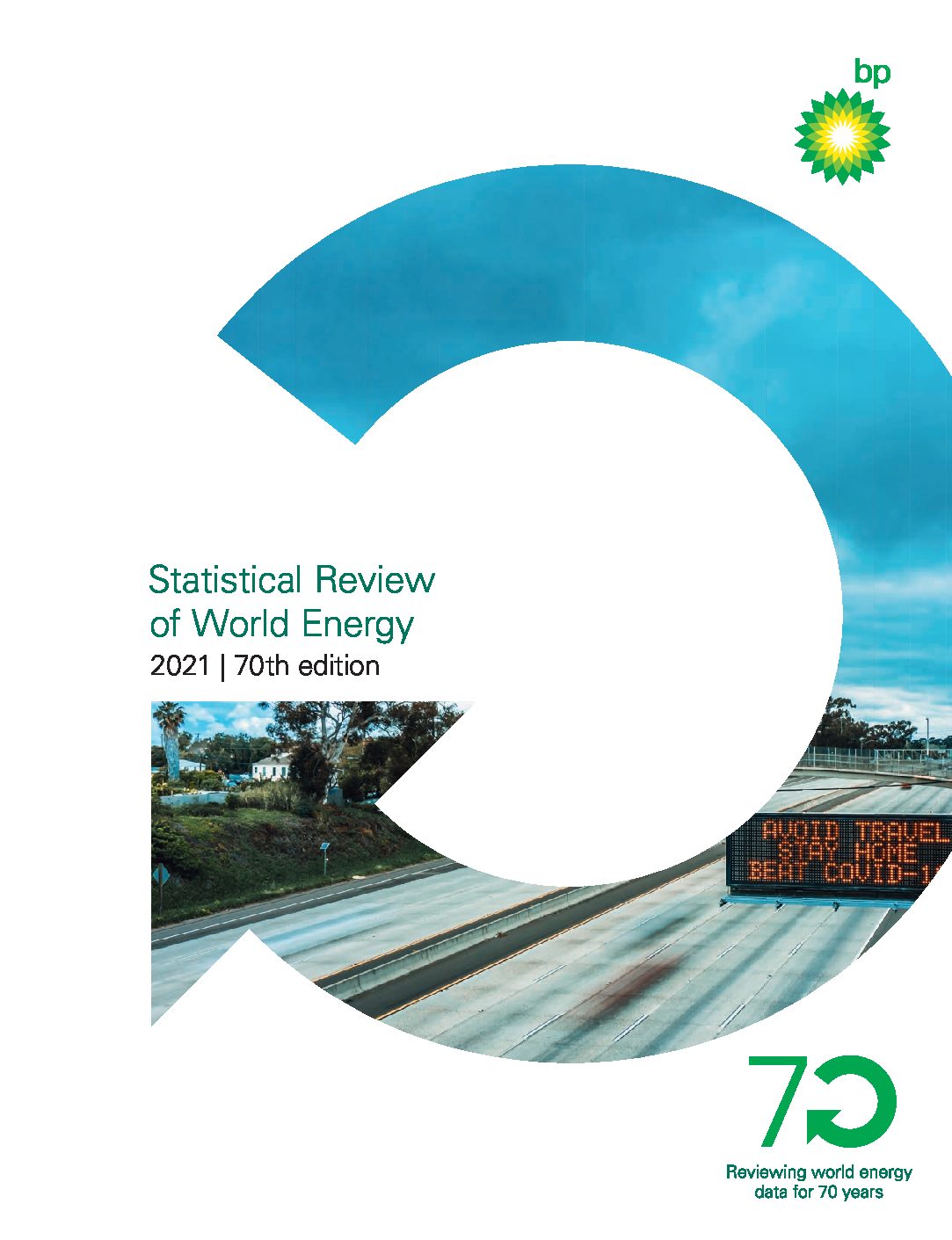 2020 will forever be remembered as the year COVID-19 turned our daily lives upside down. Above all, this is a human tragedy. At the time of writing, around four million people are estimated to have died due to COVID-19. The true number is almost certainly far higher, and it continues to rise. The combination of the pandemic and the actions taken to limit its impact led to the largest recession in modern peacetime, with that loss falling disproportionately on those in the world’s poorest and leastdeveloped countries. The economic scars from the pandemic will likely persist for years to come. And, of course, the pandemic and resulting economic turmoil spilled over into unparalleled volatility and disruption in global energy markets.

This year’s 70th edition of the bp Statistical Review provides all of us with the objective and timely data needed to help make sense of the most tumultuous events affecting energy markets in any of the past seven decades.

Global energy demand is estimated to have fallen by 4.5% in 2020. This is the largest recession since the end of World War II, driven by an unprecedented collapse in oil demand, as the imposition of lockdowns around the world decimated transport-related demand. The drop in oil consumption accounted for around three-quarters of the total decline in energy demand. Natural gas showed greater resilience, helped primarily by continuing strong growth in China.

Despite the disorder of 2020, renewable energy, led by wind and solar energy, continued to grow prolifically. Remarkably, wind and solar capacity increased by a colossal 238 GW last year – 50% larger than any previous expansion. Likewise, the share of wind and solar generation in the global power mix recorded its largest ever increase. The relative immunity of renewable energy to the events of last year is encouraging.

The fall in carbon emissions from energy use was equally striking, with emissions falling by over 6% in 2020 – again, the largest decline since 1945. Although unmatched in modern peacetime, the rate of decline in carbon emissions last year is similar to what the world needs to average each year for the next 30 years to be on track to meet the aims of the Paris Agreement.

Not just green but greening

There are worrying signs that last year’s COVID-induced dip in carbon emissions will be short lived as the world economy recovers and lockdowns are lifted. The challenge is to achieve sustained, comparable year-on-year reductions in emissions without massive disruption to our livelihoods and our everyday lives.

Since the Paris Conference of Parties (COP21) in 2015 there has been a huge increase in countries’ ambitions to decarbonize. Around 70% of the world’s carbon emissions are now covered by net zero targets and pledges. But this rising ambition has yet to be translated into a decisive reduction in emissions. The next big staging post for that challenge will occur later this year in Glasgow, Scotland which will host COP26 – arguably the most important UN climate change conference since the Paris meeting. I hope that, in years to come, we all talk about the Glasgow Agreement with the same importance and reverence as we do the Paris goals.

I sincerely believe that companies like bp with net zero ambitions, coherent plans, and near, medium, and long-term aims – companies that are committed to ‘greening’ – have a hugely significant part to play in achieving the Paris goals. Yes, the world needs more low carbon companies. But maybe more than anything, it also needs existing energy companies to decarbonize and in so doing use their scale and expertise to help bring about the deep and complex rewiring and replumbing of the global energy system that the world wants and needs to see over the next 30 years.

It will take producers and consumers, as well as companies, governments, and society, all working together to bring about the necessary change.

100th anniversary of the Statistical Review

In 30 years, the Statistical Review will celebrate its 100th anniversary reporting and analyzing energy developments in 2050, a year which has become the focal point for so many net zero ambitions and aims. What events and developments will our successors be able to look back on in 30 years’ time? Did the world respond quickly and decisively enough to reduce the impacts of climate change?

We at bp are committed to playing our role. And I hope this year’s Statistical Review will be useful to everyone pursuing a similar transition. The Review would not be possible without the continuing co-operation and transparency of governments and statistical agencies around the world who each year contribute their official data, and the bp team who make it so accessible and useful. You have my heartfelt thanks. And as ever, Spencer Dale and the team welcome any feedback you might have.