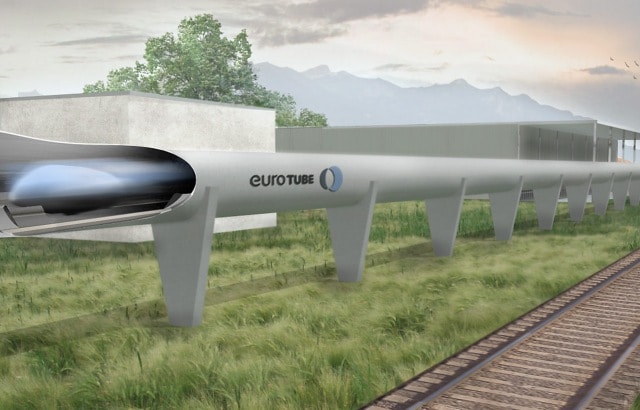 EuroTube Switzerland is to get Europe’s first-ever Hyperloop test track. It will be used for research into ultra-high-speed vacuum ground transportation. The project is based in the Collombey-Muraz commune of canton Valais. It is being run by the not-for-profit research institution EuroTube in partnership with Swiss Federal Railways (SBB). Construction of the track should get underway in the second half of next year, SBB said in a statement on Thursday. The test track – designed for the transportation of goods, not people – will resemble an oversized vacuum tube. In theory, pods can travel down the track at speeds of up to 1,100 kilometres per hour, but the maximum velocity at the Valais site will be 900kmh. The SBB said that the vacuum conditions in the tube allowed the pods to not only travel very fast but also in a highly energy-efficient manner.

Collombey-Muraz was chosen as the site for the project because the terrain is flat and relatively free of obstacles. The concept of air-pressure driven transport is far from new but has gained momentum since the entrepreneur and inventor Elon Musk devised the Hyperloop Alpha concept for a vacuum and magnetic levitation powered super-fast train. Musk and his engineers released documentation on how the project might work and then challenged other researchers to develop the idea further.

This year, inspired by Musk, a Swiss engineering Master’s student designed an underwater train that would travel at 500kmh and link Lausanne and Geneva in ten minutes.