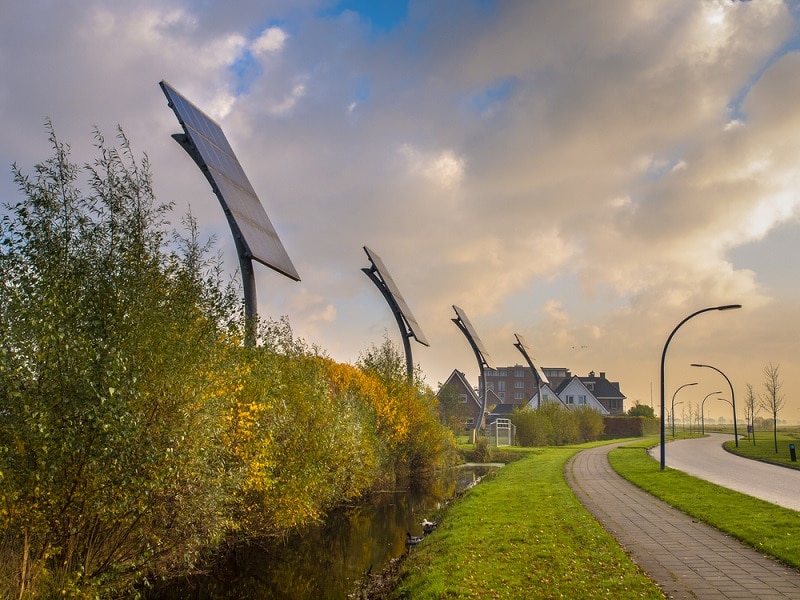 New York is outstripping the nation in development of community distributed generation, and now it’s got a plan to more than double installations. Provided by Rudmer Zwerver/Shutterstock.com Also known as shared renewables, community solar or solar gardens, the approach creates communal local energy meant largely to benefit apartment dwellers, those with shady roofs or other obstructions to installing onsite renewables. Participants pay a portion of their energy bill toward the project’s power production. With 800 MW in the pipeline — more community solar than all of the states installed last year — New York energy planners are shopping a proposal to stimulate another 1,000 MW. The plan would tweak existing incentives within each utility service territory based on their success so far in stimulating development. Policymakers are trying to find the right balance that encourages projects without overburdening ratepayers.

So far the incentives — called market transition credits — have ranged from about 1.49 cents/kWh to 10.51 cents/kWh depending on the service territory, according to a staff white paper issued by the Department of Public Service (Case 15-E-0082). The state would eventually like to create a uniform statewide credit. But for now the white paper proposes adjustments based on how well each territory is meeting pre-set goals. Progress has been quick in the suburbs of New York City up into Albany — the service territories of Central Hudson and Orange & Rockland. But in New York City itself, where Consolidated Edison operates, development has been very limited despite a high credit, according to the white paper. The state has been encouraging community distributed generation through incentives pegged to specific megawatt goals, or tranches, for each territory. The incentives ramp down as goals are met. The new proposal would re-adjust the incentives and tranches. For example, the commission recommends boosting […]