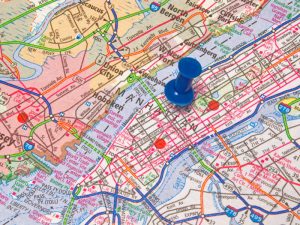 New York has won praise for setting a goal to attract 1,500 MW of energy storage by 2025. But now comes the tricky part — deciding specific routes to take on energy storage roadmap. Provided by Rob Byron/Shutterstock.com The complexity of the journey is apparent in comments recently filed by utilities, energy storage companies, microgrid developers, solar developers, advocates and other stakeholders before the New York Public Service Commission. Proposed in June by Gov. Andrew Cuomo, the roadmap sets a goal of 500 MW of storage in each of three categories: the bulk power market, the distribution system and customer sites. The state would achieve the goal with the help of a $350 million bridge incentive, funded through the New York Clean Energy Fund .

The proposal abides by the broad strokes of Reforming the Energy Vision, or REV, New York’s multi-year strategy to animate markets for distributed energy. For example, it limits utility ownership of energy storage to foster competition and emphasizes the value of stacking storage benefits to calculate full worth of a project. But storage demands new thinking because it’s like no other animal in the grid’s menagerie of energy resources. It’s not generation — although it behaves like generation when it releases energy. And it’s not load — although it acts like load when it absorbs power. Here are some highlights from stakeholders — who all like the end goal — but don’t necessarily agree on the best path forward. The commission sought feedback as a prelude to a vote on the final plan, which has yet to be scheduled. ( Case No. 18-E-0130 ). Northern Power Systems The Vermont-based company says that the energy storage roadmap should incorporate the idea of resilience and microgrids, given the real world advantages they provide in emergency situations. […]