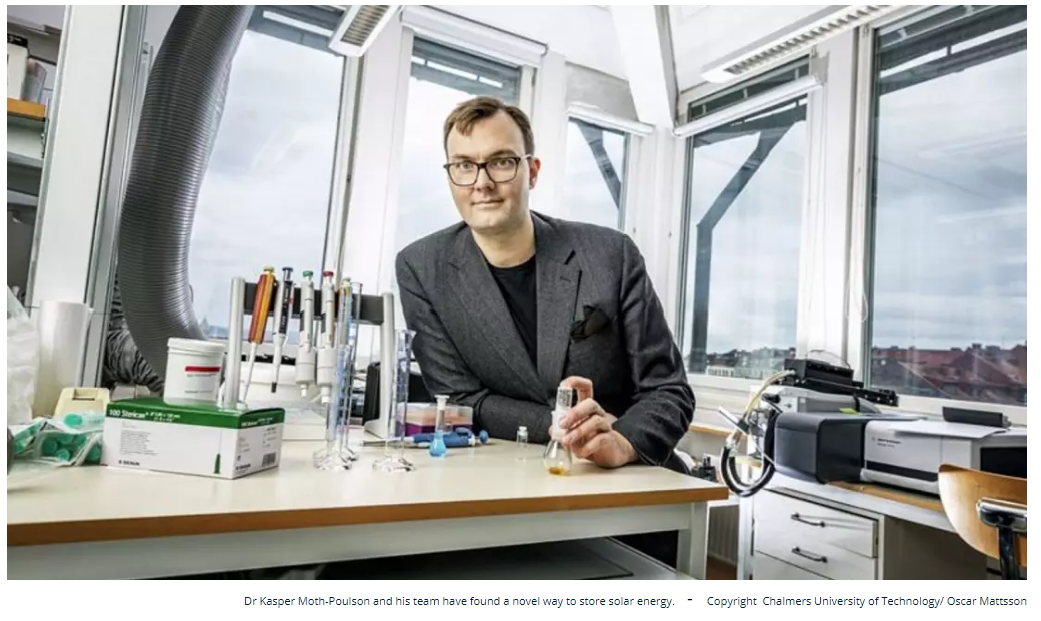 Solar-powered electronics are one step closer to becoming an everyday part of our lives thanks to a “radical” new scientific breakthrough. In 2017, scientists at a Swedish university created an energy system that makes it possible to capture and store solar energy for up to 18 years, releasing it as heat when needed. Now the researchers have succeeded in getting the system to produce electricity by connecting it to a thermoelectric generator. Though still in its early stages, the concept developed at Chalmers University of Technology in Gothenberg could pave the way for self-charging electronics that use stored solar energy on demand. “This is a radically new way of generating electricity from solar energy. It means that we can use solar energy to produce electricity regardless of weather, time of day, season, or geographical location,” explains research leader Kasper Moth-Poulsen, Professor at the Department of Chemistry and Chemical Engineering at Chalmers. “I’m very excited about this work,” he adds. “We hope with future development this will be an important part in the future energy system.”

How can solar energy be stored?

Solar energy is a variable renewable because for the most part it, it only works when the sun shines. But technology to combat this much-discussed flaw is already being developed at a fast pace. Solar panels have been made from waste crops that absorb UV light even on cloudy days while ‘ night solar panels ’ have been created that work even once the sun has set. Long-term storage of the energy they generate is another matter. The solar energy system created at Chalmers back in […]