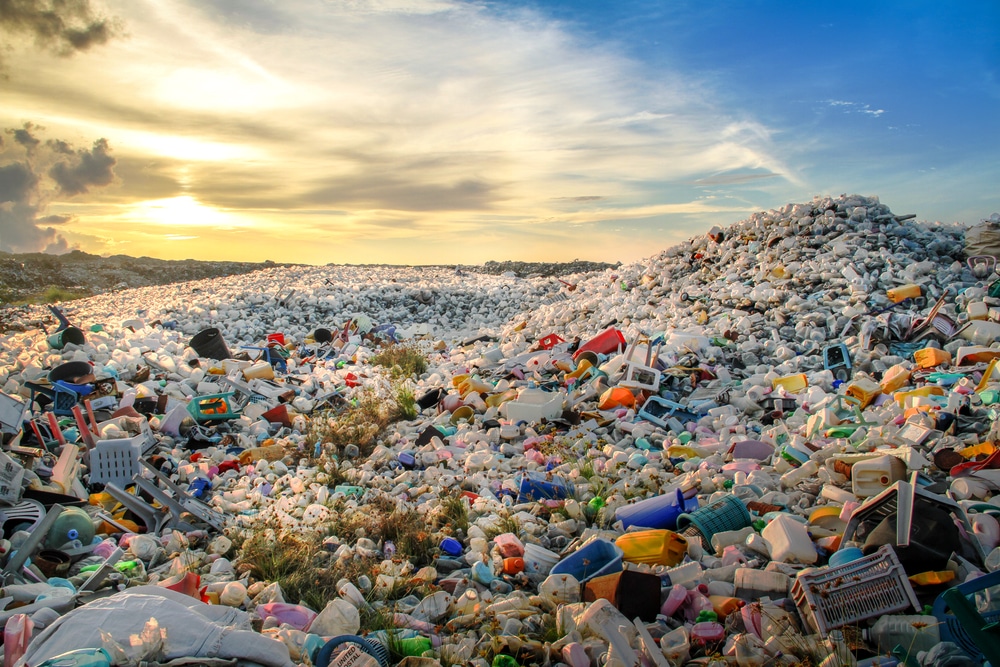 Powerhouse Energy Group, a technology developer working on modular waste-to-energy solutions, has connected its plastic waste-to-energy process to a microgrid at the University of Chester’s Thornton Science Park in the UK. Photo by Mohamed Abdulraheem/Shutterstock.com The proprietary technology, the G3-UHt Distributed Modular Gasification (DMG) process, offers a potential solution for dealing with non-recyclable plastic waste. Turning plastic waste to energy Non-recyclable, mixed, and contaminated plastics are fed into a high temperature chamber within the DMG process, where they react with an oxidizing agent to form a fuel gas mixture, around half of which is hydrogen. The fuel gas mixture is passed through additional processes to remove contaminants like chlorides and tar compounds. The resulting product is gas that can be burned in an engine to generate electricity, or sent to an additional step in the process to separate out the hydrogen.

Businesses with hydrogen buses or trucks that run ‘return to base operations’ may benefit from a DMG system. For example, supermarkets that run large distribution centers with trucks always leaving and returning to the same location. Non-recyclable plastic waste collected by the business could be used to supply electricity as well as generate hydrogen, creating a self-sufficient operation. The fuel gas mixture also has a high carbon monoxide content, which could be separated and sold to a buyer. Connecting to a microgrid This technology was developed with microgrids in mind, to allow remote locations to locally deal with their non-recyclable plastic waste. Coupled with Thornton Science Park’s microgrid design to integrate different energy technologies, it was relatively easy to connect the system. The Thornton Science Park microgrid features a 25 kW combined heat and power engine, 40 kW diesel generation, 5 kW solar energy system, a 75kWh battery, and a load bank, with an ABB control system. The […]