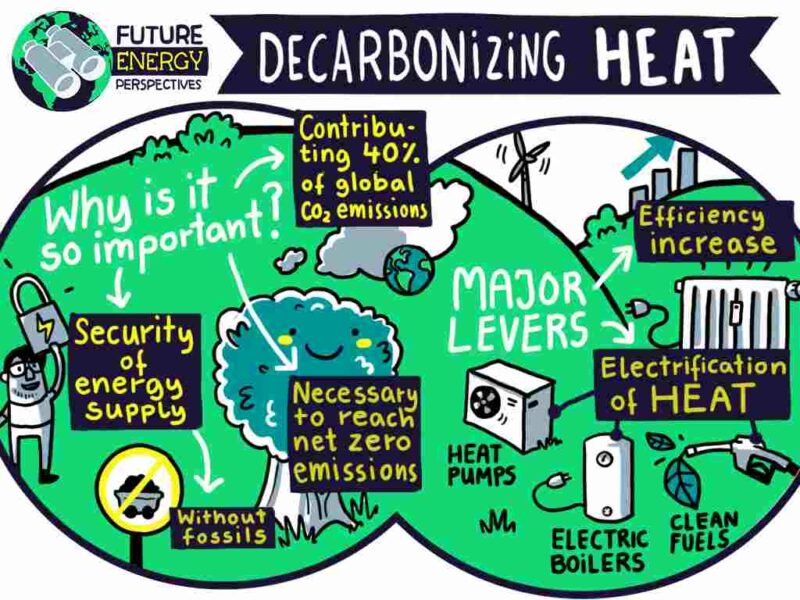 Heat. It may often be too hot to handle, but it’s not impossible to decarbonise. And because it accounts for around half of global energy consumption, we need to get on with it. Christian Hüttl and Norbert Wenn from Siemens Energy outline the tools for decarbonising heat at home, in buildings and in industry.

It marries the past with the future. This spring, in the German town of Mannheim on the river Rhine, construction began on a massive heat pump, 18 metres long, five metres tall, directly on the site of a coal-fired power station. The heat pump will take heat from the river at temperatures as low as 5°C in the winter and up to 25°C (77°F) in the summer and deliver around 20MW of heat. It is one of five large-scale field trials – called ‘Reallabore’ in German – for large-scale heat pumps in Germany that are using various sources of heat, be it industrial waste heat, geothermal or solar energy, river water, the sea, ambient air, and others. The heat pump in Mannheim was provided by Siemens Energy and once operational in 2023 it will supply heat to 3500 households in the region – and in turn allow Mannheim to reduce its CO2 emissions by around 10,000 tonnes a year.

The decarbonisation of heat has been largely ignored in public debate. The focus has been mainly on exchanging old oil-systems and adding insulation […]